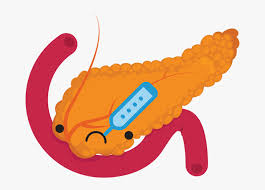 There are two known seven-trans-membrane Gq-coupled CCK receptors; the CCK-1R and the CCK-2R, which are highly conserved across species. In contrast, the sequence homology between the receptor-subtypes is relatively low. The CCK-1R is mainly expressed in peripheral organs, where it induces stimulation of gallbladder contraction, bile and pancreatic enzyme secretion, relaxation of the sphincter of Oddi, inhibition of gastric emptying and intestinal motility, and suppression of food intake. The CCK-2R is mainly expressed in the stomach where activation stimulates gastric acid secretion, and in the brain where activation is associated with anxiety and panic attack.

CCK has attracted attention as a possible new treatment for obesity. Infusion of CCK-8 to both lean and obese humans has been shown to reduce food intake, whereas intravenous infusion of a CCK-1R antagonist (loxiglumide) has been shown to increase energy intake. Thus, there are convincing data demonstrating a role for CCK in the acute regulation of appetite and energy intake in man and indicating that the effect is mediated specifically by the CCK-1R. This suggests that an injectable CCK peptide with high CCK-1R potency, maximal functional selectivity for the CCK-1R over the CCK-2R and a long half-life for continuous exposure, would be a promising candidate for the pharmacological treatment of obesity, either as monotherapy or in combination therapy with other anti-obesity drugs

The gallbladder is the most sensitive organ to CCK where activation of CCK-1R causes gallbladder contraction and emptying. This effect may translate into a clinical risk, as chronic gallbladder contractions in subjects with undiagnosed cholelithiasis may initiate symptoms of acute gallstone attack, cholecystitis and potentially indirectly increase the risk of pancreatitis in the target population.