Co Morbidity of HIV and Breast Cancer: A One Year Multicentric Pilot Study in Cameroon 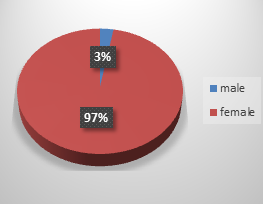 The burden of disease in developing countries is being overwhelmed by known and emerging infections. It has also been shown by various studies that non-communicable diseases are becoming a public health problem in these communitie. Numerous viral infections have for long been associated with various types of cancers. Prominent amongst these is the cervical cancer . The history of HIV and its link with cancer started with the first descriptions of AIDS [4]. People infected with HIV have a higher risk of some types of cancer than uninfected people. Almost 4 decades after the apparition of the HIV/AIDS pandemic, new challenges to this disease are being faced by patients and the global health systems. Patients are living longer with HIV infection due to increase availability of HAART with increased chances of developing a cancer. Breast cancer is the most common cancer in women both in the developed and less developed world. It is estimated that worldwide over 508 000 women died in 2011 due to breast cancer. Although breast cancer is thought to be a disease of the developed world, almost 50% of breast cancer cases and 58% of deaths occur in less developed countries. In Cameroon, with a cancer prevalence of 25.000 and an annual incidence of 15.000, an age-adjusted incidence of 107 new cases per 100 000 inhabitants, breast cancer is most prevalent and accounts for 18.5% of all cases.

The Journal of Antivirals & Antiretrovirals (JAA) paves the way to discovery and development of antiviral drugs, compounds, and clinical methods to prevent viral infections. Importantly, JAA provides the opportunity to inform researchers, clinicians, and others working in the field of antiviral drugs and therapies.

JAA is an internationally recognized journal for scientists involved in basic, applied, and clinical aspects of antiviral and antiretroviral research. It is known that many viruses emerge and re-emerge threatening both animal and human populations. Zoonotic viruses can cause extensive morbidity and mortality; however, preventive vaccines that provide protection are available for only a limited number of viruses.

The primary current therapeutic approach against viral diseases is to target viral components that are essential for replication. There are a number of disadvantages targeting viral components including the limited number of druggable viral targets because viruses have a small genome, as well as the rapid development of drug resistance. New drug therapies combine antivirals to increase efficacy and to avoid the development of drug resistant strains. These strategies are effective for viruses such as HIV, but clearly there is a need to expand our drug arsenal to address the wide diversity of viruses. This pathway relies on alternative strategies for drug discovery, such as examining the virus-host interface.

Journal of Antivirals & Antiretrovirals is using Editorial Manager System for quality in review process. Editorial Manager is an online manuscript submission, review and tracking systems used by most of the best open access journals. Review processing is performed by the editorial board members of journal or outside experts; at least two independent reviewers approval followed by editor's approval is required for acceptance of any citable manuscript.

Send your manuscript at www.longdom.org/submissions/antivirals-antiretrovirals.html or as an e-mail attachment to our Editorial Office at antivirals@eclinicalsci.com