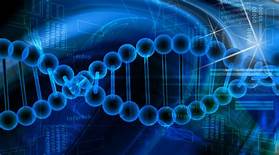 Drug Designing: Open Access is a peer-reviewed multidisciplinary scholarly journal aims to publish reliable source of scientific information on Drug Research and applied fields. The Journal aims to provide platform for the researchers, expertise in physics sciences disciplines, for disseminating experimental and theoretical reports reporting the progress of Physics Research and its advancing significant interdisciplinary applications

Cancer can be described as the uncontrolled growth of abnormal cells. Lung cancer is one of the commonest malignant neoplasms all over the world. Oncogenic fusion genes consisting of EML4 and anaplastic lymphoma kinase (ALK) are present in non–small–cell lung cancers, representing 2 to 7% of such tumors. ALK proteins play a vital role in deactivating the apoptosis process in cancer disease. Some of the most commonly used non–small–cell lung cancers drugs are Crizotinib, Sunitinibmalate, Tandutinib etc…, Non–small–cell lung cancer Cells need anaplastic lymphoma kinase (ALK) to cell growth and proliferation the role of ALK in malignant proliferation and as a valid drug target. These drugs mainly work against the effects of ALK on these cells.

Crizotinib Analog 2 and Sunitinib malate analog 1 were detected with significant energy values and probable lead molecules. The Modified drugs was sketched using Chemsketch were found to be better than the conventional drugs available. Further from this work we can improve the steric compatibility and then ADME/T properties of the Analogs can be analyzed using Inslico ADME/T tools available.

The manuscripts qualified from quality check will be allowed for review by the subject matter expert referees, under the guidance of the Handling Editor or Editor-in-Chief of the Journal. The Journal invites potential authors to bring out novel researches in the field of Pharma Sciences through scientific publications.