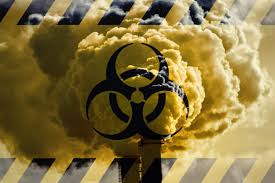 Journal of Clinical Toxicology has released its volume 2 in its 10th volume in this April in the bimonthly issue.

This ‘Research Topic’ deals with the various ‘Venoms, Animal and Microbial Toxins’. It is devoted to the toxins/molecules (and derivatives thereof) from marine and non-marine animal venoms, plants/algae, and microbes. The ‘Research Topic’mainly focuses on the structural characteristics, structure-function relationship, and pharmacology of toxins. It also covers the natural or non-natural/synthetic toxic substances of various origins, with some potential as lethal biological weapons (bioterrorism).

Part 1. Scientific background
Venomous animals (e.g. scorpions, snakes, sea anemones, cone snails, worms, wasps, lizards and frogs) and microbes (bacteria, viruses and fungi) are producing more or less potent and specific toxins to neutralize or kill their preys or hosts. Basically, these toxins are of various nature and size (proteins, peptides, organic compounds), and can act with a variety of modes of action depending on their origins (animal venoms, bacteria, viruses, fungi) and targets. In venoms, most of the animal toxins are acting on ion channels (sodium, potassium, calcium and chloride channels) or enzymes, but they can also act on neurotransmitter release thus altering the nervous transmission, similar to some of the lethal microbial toxins (especially from bacteria). Because of their wide range of bioactivities, many research groups worldwide are investigating the structural and functional properties of these particular compounds. Interestingly, some of the toxins can be developed as candidate chemotherapeutic drugs to treat pain, cancer, microbial infections, neurological and immune disorders (e.g. conopeptides, ion channel-acting animal toxins) whereas others as potential biological weapons (e.g. anthrax, ricin, conotoxins).

Part 2. Goals
This Research Topic is mainly centered on the structural and functional properties of the animal and microbial toxins, and targets thereof. Indeed, it appears crucial to collect the more information on the structural features/characteristics of toxins and their derivatives, as well as on their various modes of action, at a molecular level, to a better understanding of these compounds. The non-natural toxic molecules are also considered. An ‘in-depth’ knowledge of the toxins (and derivatives) will certainly open the way to the design of new drugs and appropriate antitoxin countermeasures, which would be the ultimate goal of the Research Topic.

Part 3. Scope of manuscripts
To further explore the complex world of toxins/toxic compounds and their targets, the ‘Topic Editors’ are seeking for submissions of Original Research articles, Brief Research Report articles, Case Reports, Commentaries, and Review articles (including Mini-Reviews) from potential contributors (researchers and clinicians) in the fields of Toxinology, Toxicology, Structural Biology and (Neuro)Pharmacology. Contributions from any country are welcome.