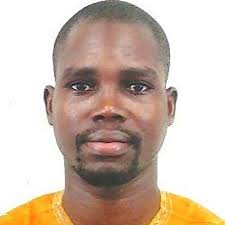 Journal of Biology and Today's World is pleased to announce Dr. El Hadji Seydou MBAYE, PhD from Cancer Institute, Aristide Le Dantec Hospital, Dakar, Senegal on board as Editor-in-Chief for the scholarly Open-Access Journal . Dr. El Hadji Seydou MBAYE has been rendering services as one of the editors of this open access journal and is promoted to this highest position.

He was certified by the Federation International of Gynecology Obstetrics (FIGO), the Accreditation Council of Oncology in Europe (ACOE, www.acoe.be ), the Institute Catalan of Oncology (ICO) for cervical cancer prevention (Grade 10/10) in support of Continuing Medical Education for physicians. These credits are also recognized as Physician’s Recognition Award (AMA PRA Category 1 credits) by the American Medical Association. He was certified, by the United Nations for Basic Notion of Security on the Ground-Protection, Health and behavior, by the International Agency for Research on Cancer (IARC)/World Health Organization, Lyon (France) for Safety Certificate. He has published 1 Book with a style of philosophical story. Author of the world program against cancer in low and middle incomes countries, he is lead author (first listed) of more than 90 peer- reviewed research articles published in reputed journals.

Dr MBAYE has formed for free, more than 250 healthcare professionals for the techniques of cervical cancer screening in Senegal. He has appeared on local media, 2S TV, Mbour TV and Leeral.net.