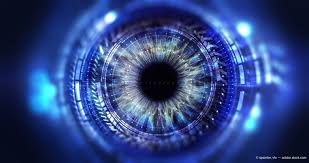 Toxic epidermal necrosis (TEN) is an acute necrosis of the epidermis exceeding 30% of the body area, usually of druginduced toxic origin and in the presence of several cofactors [1]. It is a dermatological emergency because it involves short-term life prognosis [2]. When its evolution is favourable, the healing takes place within two weeks but leaves the most often serious sequelae affecting especially the mucous membranes (including oculars) [3]. The most serious and disabling ophthalmological sequel is the symbpharon, which is the adhesion of the two conjunctives (palpebra and bulba) [3]. NET is a rare disease, with a low incidence of 1 to 2 cases per million inhabitants per year [4], but evolution is fatal in about 22% of cases. It mainly affects adults but can be seen at any age [5]. A few cases have been reported in Africa [6-10]. The low case report in Africa and the absence of data in Mali in particular led to the completion of this study, the purpose of which is to contribute to the epidemiological and clinical descriptions of symblepharon during the TEN in Bamako. We carried out a descriptive cross-sectional study in the external consulting department of the IOTA-Teaching Hospital. Extending over a period of 24 months (18 March 2018 to 17 October 2020) and carried the cases of toxic epidermal necrolysis received having presented a symblehon with or without other ophthalmological manifestations. Not all cases of toxic epidermal necrosis with no symbleropharon were included in the study. The variables of our study were: - Epidemiological characteristics including age, sex, serological status, personal pathological history, the drugs involved. - The clinical features including the reason for the visit, the time of onset of symptoms, the time of the visit, the type of symblepharon, the associated ocular damage. - The data were collected using a survey sheet containing the above parameters. Statistical analysis of data using SPSS software version 25.

During the study period, we collected 11 cases of bilateral symblepharon, or the annual frequency of 5.5 cases per year. The average age of our patients was 36.81 ± 14.60 years, the age extremes ranged from 7 years old to 65 years old (Figure 1). Age group 28-38 was most common (Figure 1). There was a female predominance with an M/F sex ratio of 0.36 (Figure 1). More than half (55%) of our patients were immunocompromised by retroviral infection (Figure 2) and 36% of patients had no past history of disease (Figure 2). Anti retrovirals (ARV) associated with sulfamides was responsible for TEN in 36.4% of our patients (Table 1). The most frequent onset of ocular symptoms (54.5%) ranged from 1 to 2 weeks (Table 2). Ophthalmological consultations were too late (6 months or more) in 45.5% of cases (Table 3). The common Ocular symptoms were decreased visual acuity (100%), ocular pain (81.81%), tears flow (63.63%) and foreign body sensation (54.5%) (Table 4). The clinical feature of the symblepharon was mainly ankyloblepharon (55%). We have no observed the posterior symbleropharon in our study (Figure 3).Palpebral sequelae were the most common associated ocular damage (145.5%) and corneal lesions accounted for 100.1% followed by lacrimal lesions in 45.5%