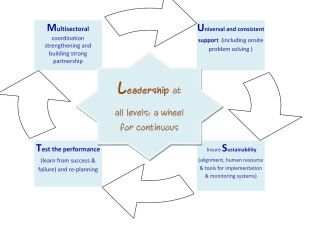 Trachoma is caused by conjunctival infection with a Bacteria, Chlamydia trachomatis. According to WHO grading system trachomatous trichiasis (TT), leads to irreversible blindness. Amhara national state of Ethiopia has the highest burden of TT. Despite huge efforts the region has big backlog and far from the target. We carried out a review and trend analysis on previous years of Trachoma intervention in the region. We also designed a logical frame work, which bring all actors together. Then the new approach of TT surgery intervention frame work ''The MUST" was implemented. The regional total TT backlog as of June 2017 was found to be 245,504. From all the surgeries carried out between 2012 and mid-2017, 32% (11687) was done only in 2016. All the ten zones of the region showed dramatic performance than ever after the new approach implemented in the region. East Gojjam [31.9% (73742)] followed by South Gondar [12.3% (28491)] zones took the highest share of TT surgery performances of the national regional state (NRS) during in the era of new approach reporting periods (2015-mid 2017). From the total of 23 districts (woredas) of the region which clear their TT backlog, eight of them are found to be in East Gojjam zone. South Gondar perform 36.4% (14,978) in 2016 from all the reporting periods of TT surgeries conducted during 2012-mid 2017. Facial cleanliness coverage among school children was found to be 90.4% and 90.8% in 2016 and mid 2017 respectively. Household latrine ownership coverage was 68.2% (6,805) and 68.5% (6772) during the same reporting periods respectively. Amhara national state has still huge TT backlog. The new approach showed an assurance of clearing TT backlog before 2020. The sustainable intervention (hygiene and environmental) are not yet strong like treatment-based interventions.

Trachoma causes blindness through repeated conjunctival infection with Chlamydia trachomatis [1]. Blinding trachoma is endemic in many of the poorest and most remote areas of 51 countries in Africa, Asia, Central and South America, Australia and the Middle East. Worldwide, an estimated 2.2 million people are visually impaired as a result of trachoma, of whom 1.2 million are blind. An estimated 232 million people living in trachoma-endemic districts are at risk. More than 21 million have active trachoma and about 7.3 million require surgery for trachomatous trichiasis [2]. With diوٴerent estimates of scholars, the economic cost of trachoma is very high; productivity lost estimated US$ 2.9 billion and economic loss estimated as high as US$ 5.3 billion [3,4]. Africa is the worst Dوٴected continent: 18 million cases of active trachoma (85% of all cases globally) and 3.2 million cases of trichiasis (44% of all cases globally) are thought to exist in 29 of the 47 countries in WHO’s African Region. Ethiopia and South Sudan have the highest prevalence of active trachoma: in some areas of these countries, active disease is present in more than 50% of children aged 1–9 years and trichiasis Dوٴects more than 10% of adults [2]. According to the 2005-6, Ethiopian national survey, prevalence of active trachoma (either TF or TI) for children in the age group 1-9 year was 40.14%. Considerable regional variations are observed in the occurrence of active trachoma; the highest prevalence was in Amhara (62.6%), Oromia (41.3%), SNNP (33.2%), Tigray (26.5%), Somali (22.6%) and Gambella (19.1%). Нe rural prevalence of active trachoma is almost fourfold compared to the urban (42.5% rural vs. 10.7% urban). Нe national prevalence of trachomatous trichiasis (TT) is 3.1% with the highest prevalence (5.2%) in Amhara national regional state [5]. Нe World Health Organization (WHO) recommends surgery to reduce the risk of sight loss [6]. In the last decade, only about 50% of the annual global surgical targets have been achieved [7]. At the current rate, it has been estimated that the trichiasis backlog would not be adequately addressed until 2032, twelve years Dіer the Global Elimination of Trachoma (GET) 2020 target date to eliminate blinding trachoma [8].